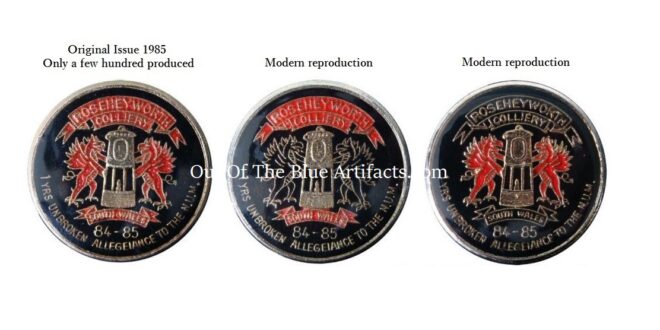 Made from a metal alloy with enamel inlay. Size 1 1/4″ inch diameter.

Three different badge design colours of the same badge. I officially designed this badge for the Rose Heyworth Colliery N.U.M in 1985, I believed there was only one design with about 450 copies pressed. The original one which was designed and pressed was the badge (far left) of the three shown. The others must have been later re-pressings and are now cropping up in various places.

I have even seen a badge coloured all red with black dragons.