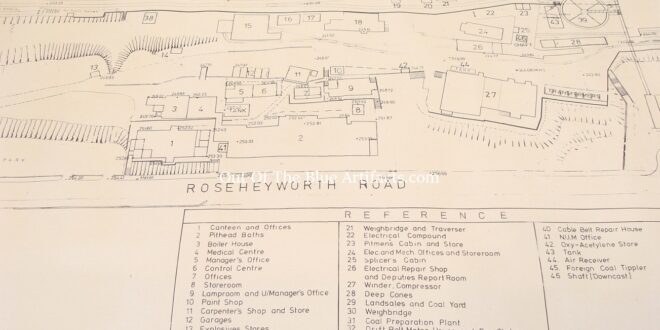 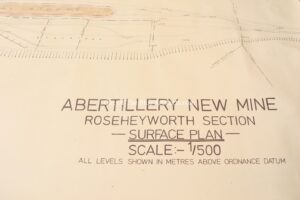 Rose Heyworth Colliery and Cwmtillery Colliery had always been connected below ground from the time of the former’s sinking between 1874-75, though in 1959 a new drift was driven between the two mines and from that time the two collieries became known as Abertillery New Mine, with each individual pit becoming a section of that mine – Rose Heyworth and Cwmtillery Sections of the said Abertillery New Mine.

The Official Surface Plan.
This official surface plan is the only known copy to exist.