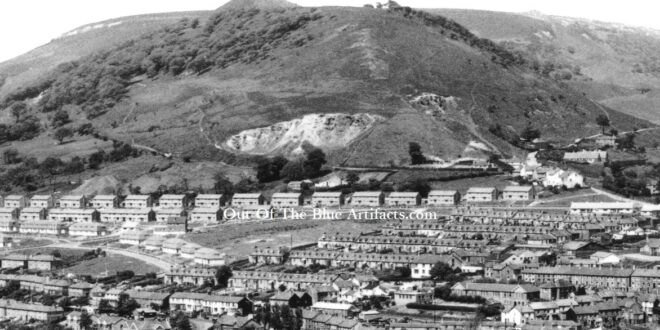 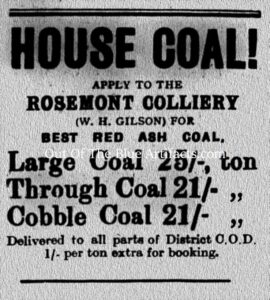 Mr W. H. Gilson.
In the 1922 the colliery was taken over and owned by Mr William Henry Gilson.

The Coal Screens Application.
In 1929 Mr W. H. Gilson applied to the council for planning to erect coal screens on the Rose Heyworth Road though there was much opposition to this from the many people who used to walk along the road who said it would ruin the scenery.

The Pit-Prop Patent.
In May 1932 it was reported that Mr W. H. Gilson had patented a pit-prop, the prop was of a knuckle-joint design which could be removed without danger to the workmen, it was said it could be extended to any length and a cross-bar was provided which would cut out the need for double timbering. 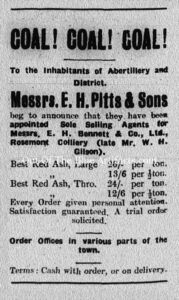 Messrs E. H. Bennett & Co.
In August 1930 the colliery was sold to Messrs Bennett & Co who were owners of collieries in South Wales and the North of England. The new manager was Mr H. Johns, a mining engineer of Brynmawr. It was stated that the services of Mr Gilson was to be retained in a managerial role. Messrs E. H. Pitts & Sons were agents for the new company.

The coal from the Rosemont Colliery was used for the production of gas in the county and employed between 30 and 40 men.

The Main Photograph.
The image above is of the Rose Heyworth Housing Estates and Blaenau Gwent. The mountain at the (centre) is Mynydd James locally known as the “Cock n Chick” Mountain under which the Rosemont Coal Levels were driven. The top row of houses are Attlee Avenue, in the (centre of the image) behind the avenue (centre left) were the Rosemont Coal Level entrances and waste tips.

In the (centre of the image) can be seen the opened out stone quarry, with which the stone was used to build the garden walling throughout the Rose Heyworth Estates. To the (right) of the new quarry was the much older stone quarry behind the Rising Sun Cottages, the stone from there built Blaenau Gwent Rows in the mid 1870’s.

Notes of Interest – The Tramway Route.
There is a bit of confusion with the route of which the coal was extracted from these levels though the waste was dumped close to the entrances to form the large tips which were behind the houses on Attlee Avenue numbers 20 to 28. These tips were later flattened and landscaped in 1974 in response to safety concerns after the Aberfan tip disaster 1966.

I believe that the coal was taken across the mountain path to the “Ginney” and down into the Rose Heyworth Colliery sidings.