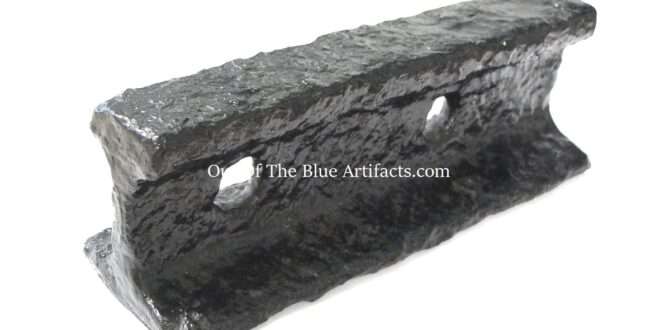 Section of Haulage Rail.
This is a small section of a flange rail for the colliery haulage transportation system.

The lengths of rail (typically around 10′ feet long) were held together with a pair of fish plates and four dome-head rail bolts. The rails were then attached to wooden sleepers by the use of dog nails. Later when iron sleepers we introduced into the collieries they were attached to the sleepers with bolts and plates.

The flange rail was the most widely used rail in collieries.

There were three main types of rail used in the collieries – flange, bridge and flat rail.