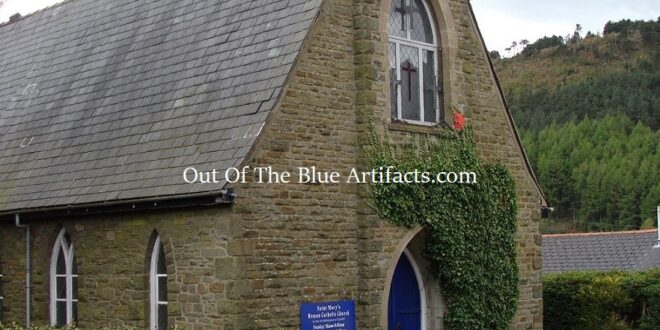 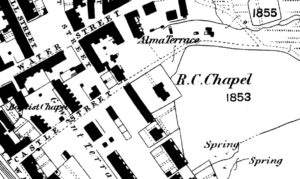 There were no proper reports of it official opening in any known newspaper and very little information on the Catholic Church thereafter.

In September 1899 the Catholic Committee applied to have a boundary wall erected around the church.

The Church Alterations and First In-Patient at Aberbeeg Hospital.
On Monday 8th January 1923 during the alterations at the Catholic Church, the builder Mr Stephen Albert Williams of 80 Carlyle Street, Abertillery was struck by a scaffold pole which was being lowered to the ground and was taken to receive medical treatment. As a result of his injuries Mr Williams was the first patient to be treated at the newly built hospital at Aberbeeg.

In March 1923 the Catholic Church was re-opened after the extensive alterations.

The St Mary’s Catholic Church at Abertillery is still open to this day and holds regular services.