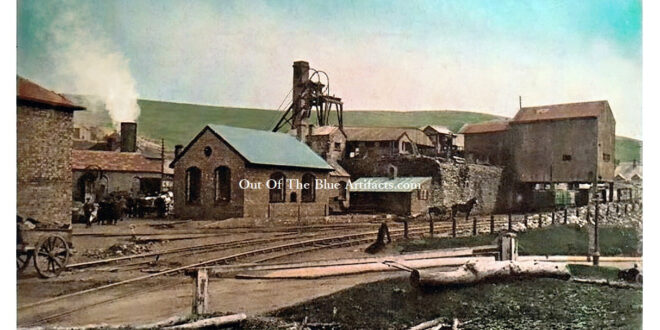 The Sun Pits – North Blaina Colliery – Stones Pit.
There was an old disused shaft on the site prior to 1880 more than probably opened and owned by Messrs Bailey Bros and the mothballed. Some time later the Messrs Stone Brothers, Mr John & William Stone took over and renamed it the “New Sun Pit” It was mentioned in reports as being owned by Messrs J. & W. Stone as early as 1882.

In 1883 it was reported that Messrs John & William Stone has driven a tunnel 1,400 yards long to reach a new coal seam at their colliery at Blaina.

Around this time there also appeared on maps – the “Sun Pit” again it was on the site of an old disused colliery a few hundred yards north. The Stone Brothers may have acquired both these collieries as a report from 1902 states that Mr Thomas Stone was the owner of the Nantyglo Slope which was part of the New Sun Pit and Mr Thomas Stone was a brother to Messrs John & William Stone and the manager was Mr William Griffith who also managed the New Sun Pit which was also reported as being called the North Blaina Colliery.

The original Blaina British Schools were built in 1856, not far from the colliery just a few yards south, later in the 1880’s – 1890’s the school was demolished and the colliery owners Messrs J. & W. Stone had two rows of terraced houses built on the site. These houses were originally called the “North Blaina Houses” and later the “Stones Houses”.

Reports from 1897 states it was still owned by J. & W. Stone, it was never taken over by Lancaster & Co and stayed in the ownership of Messrs Stone Bros up until December 1916 when it was purchased by the Cwmtillery Colliery Company.