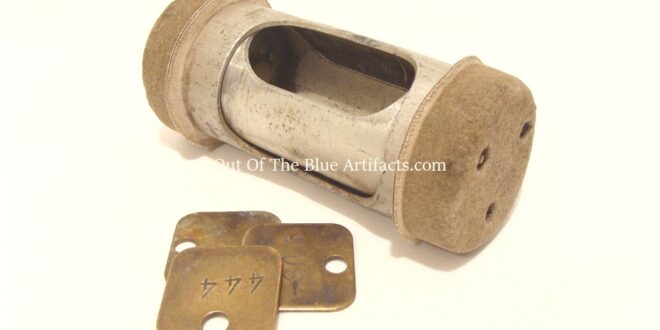 These shuttle pods were used to carry the miners lamp checks from the pit head back to the lamproom, the checks were placed inside and by twisting the both ends of the pod it would close and seal the checks inside. The shuttle pod was transported back and forth through two 2 inch suction tubes that ran from the pithead/bank up the head gear and along the surface buildings and into the lamproom and back to the bank through the return tube. There was a suction unit with a Perspex door at either end of the system. 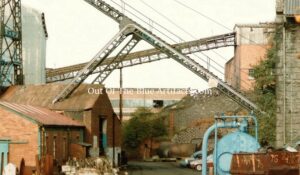 The 2 inch white plastic tubing can be seen in the colour photograph (left) of Rose Heyworth Colliery 1985, they can be seen running up the strut to the back-stay of the lattice work headgear and down to the winder.

This idea was introduced into certain pits in the UK in the early 1980’s, not all collieries had the suction system.