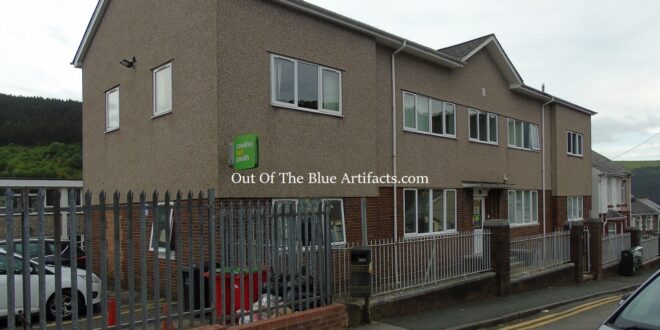 The Abertillery Labour Exchange.
It was said by one of Churchill’s biographers Mr Philip Guedella that Churchill had introduced Labour Exchanges to the UK after a preliminary survey of the German system in operation in Alsace. Others state David Lloyd George as the founder, although the scheme was later approved and passed by Parliament.

When the Labour Exchange Act of 1909 was passed its purpose was to provide ways and means of showing workers where jobs could be found and providing employers with applicants for work. The long term plan in the minds of Lloyd George, Churchill and other Liberal leaders at the time was the Unemployment Insurance Scheme which came into operation in 1912 and provided for weekly payments to the workers when no jobs could be found or when employers were not seeking applicants for work.

Pressure on the Service.
Pressure on the service squeezed it out of Carmel Street into other premises, including Somerset Street, Chapel Street (there is no information available as to the whereabouts of these premises) and into the Powell’s Tillery Gymnasium Hall at Division Street which ultimately lead to a new building being required.

In 1914 the Labour Exchange at Carmel Buildings was advertised for sale.

Mr Donald McLeod.
In 1925 it was reported that Mr Donald McLeod was the manager at the Labour Exchange. Mr McLeod was more than probably at the Powell’s Tillery Gymnasium Hall office while the exchange was based there.

Mr Llewellyn Thomas.
Mr Thomas was secretary of the Abertillery Rugby Football Club and was in charge at the Unemployment Assistance Board at Abertillery, he transferred to Bargoed after two years service and also retired as club secretary as of his departure to Bargoed.

The New Labour Exchange Proposal.
A new purpose built Labour Exchange was first proposed in November 1934. After much discussion a vacant piece of land was acquired at the lower end of Portland Street, Abertillery. In March 1935 the South Wales Gazette reported on the new exchange building under construction.

The Official Opening of the New Labour Exchange.
On Wednesday 23rd December 1936 the new Labour Exchange at Portland Street, Abertillery was officially opened. The staff from the old exchange at Bush Hill had been moving out and into the new exchange throughout the previous week.

Description of the New Building.
It was reported that the new building at Portland Street was seventy-three feet long by fifty-three feet in width. Courts of Referees, which had formerly been held at the police courts could now be held in the new board rooms at the new exchange. There were separate departments for men, women and juveniles, a sound-proof booth and job indicator boards. There were twenty-five member of staff and a mess room fitted with and electric cooker.

Mr T. D. Evans.
The manager at the new exchange was Mr T. D. Evans, of Cardiff and the deputy manager was Mr T. A. Burton. I believe they were in this capacity at the old exchange before the move to Portland Street.

The Crest above the new Labour Exchange.
The South Wales Gazette reported that main entrance of the new Labour Exchange building at Portland Street, Abertillery was encrested with – E.R. VIII, with regard to the then King Edward VIII. It was stated that this was perhaps the only exchange to bear such a mark as the crest was added in the reign of Edward yet he abdicated just thirteen days before its official opening. It was also said that all the fire-buckets bore the same insignia, that of E.R VIII. It is unclear what happened to the crest or if it was later removed as the building has since been rendered and pebble-dashed along the first floor, there are no visible outward signs of it.

Rutland House.
In December 1964 it was reported that the Ministry of Pensions and National Insurance was still at Rutland House, Oak Street, Abertillery.

The Later Years.
The Labour Exchange at Portland Street, Abertillery has been extended with social security departments added and is now a job centre.

Points of Interest –
Rutland House, Oak Street Abertillery was originally the home of Mr Noel Bagley, building contractor. Mr Bagley was a native of Wing, Oakham in the county of Rutland. He came to Abertillery while working for the G.W.R. as a contractor and later became a builder, constructing many places in Abertillery, including – Bon Marche, Six Bells Hotel, the Vivian Colliery Sidings, Six Bells Washery and Cwmtillery Reservoir and many many more.

Later, Rutland House was occupied by Mr Griffith Owen Jones, a trader and business man. Mr Jones was a native of Newcastle Emlyn, Cardiganshire. In 1894 Mr T. Davies a co-founder of the Abertillery Bon Marche with Mr J. H. Powell left the partnership, Mr G. O. Jones took this opportunity, he joined with Mr Powell and carried on the business as Powell and Jones. Mr Jones was big supporter of the Abertillery R.F.C and was their president in the early 1900’s.