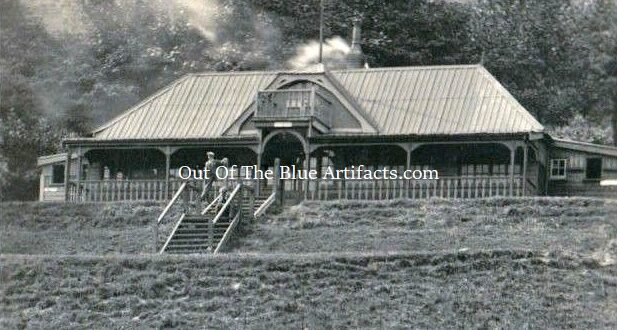 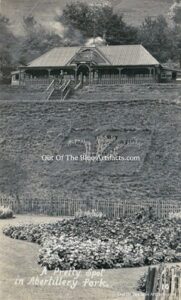 The Allotments Committee recommended the council accept the tender of Messrs Harrison of London of £240 for the erection of the pavilion. The pavilion was said to have been partitioned off inside by three separate rooms, a dining and tea area, a dressing room and an urinal. The pavilion cost the council £240, that is equivalent to £27,777.00 in today’s money.

The Contractor and Architect.
Messrs John Harrison and Co of Comberwell, London were the contractors.

The Opening of the Abertillery Park Pavilion.
The pavilion was completed in July 1911 and tenders were invited by the Abertillery District Council for the renting of the refreshments and dressing rooms between the 21st July 1911 the 30th September 1912.

Mr Emanuel.
The tender of Mr Emanuel to rent the pavilion refreshment and dressing rooms at the park was accepted at £20 per season.

In 1913 the post of a woman attendant was advertised to be employed at the pavilion.

Miss E. Morgan.
Miss E. Morgan of Abertillery was the successful applicant, Miss Morgan was one of twenty applicants was employed to serve tea and refreshments with a wage of 12s. per week, equivalent to £70.00 in today’s money.

The Later Years.
The pavilion was later used for dressing rooms for the various sports teams though they fell into disrepair in the 1960’s-70’s and were later demolished.