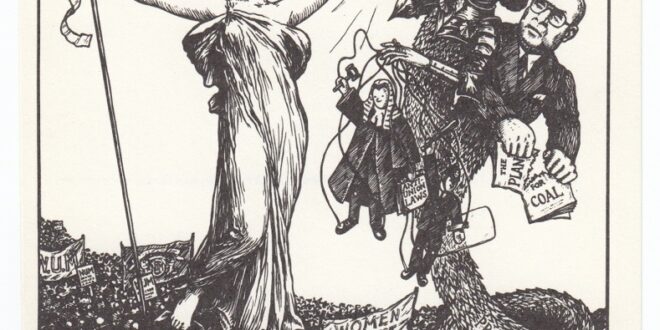 The Blaenau Gwent & Rhymney Food Fund.
A few months into the miners strike it seemed inevitable that it was going to be a long drawn out battle between the National Coal Board and the National Union of Mineworkers, many miners that were out of work were not getting paid, debts were piling up, the outlook for talks on resolving the crisis looked bleak and hardship set in causing strain for many families. At this time the Blaenau Gwent & Rhymney Food Fund was set up, organised by the National Union of Mineworkers.

Mrs Beryl Fury.
Mrs Beryl Fury was in charge at the food depot at Abertillery and in August 1984 she wrote in a support group newsletter that from that food depot they packed and delivered 4,500 parcels of food per week and they covered fourteen collieries. Into each food parcel went 2lb of sugar, a quarter pound of tea, one tin each of beans, peas, tomatoes, corned beef, milk and jam. On day one they also added one loaf of bread for each parcel. Mrs Fury explained how they worked twelve-hours per day seven days per week. Also reported working at the centre were Heather and Laura with the help of ten wives and six miners.

Apart from the food depot, food donations received at the offices were also taken to the Abertillery Miners Institute where food parcels were made up by volunteers and pickets in their spare time and handed out to the miners and their families. Parcels and sacks of potatoes were also transported with hire vans from the Abertillery Miners Institute to the Beynons Welfare Club, West Side, Blaina for distribution to the miners families at Blaina.