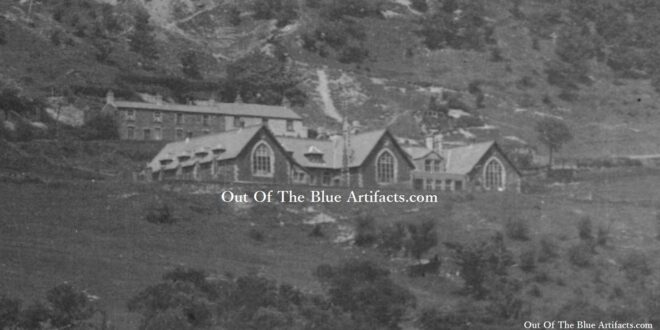 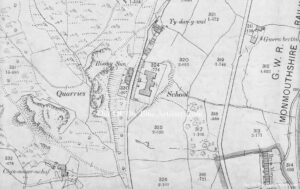 On 14th May 1874 the educational department gave notice to the Aberystruth School Board that it required educational accommodation for 400 boys and girls and 200 infants in the district.

The South Wales Colliery Company who owned the Cwmtillery Colliery and area along with their new Rose Heyworth Colliery sold the department a piece of land on the western side of the valley between Cwmtillery and Blaenau Gwent for a nominal sum of £50 and the building of the school went ahead at an estimated cost of £3,000.

The Contractor and Architect.
The contractors were the Foster Bros of Abergavenny. The architect was Mr W. D. Blessley of Cardiff.

The Official Opening.
On Monday 15th January 1877 the Board Schools, Cwmtillery were officially opened.

Mr Lawrence Heyworth.
Mr Lawrence Heyworth spoke on behalf of the company and said that they “The Company – The South Wales Colliery Co wanted to venture out into building schools in the area but the costs put them off, though they still had the welfare of the valley foremost in their minds”. Mr J. W. Walters spoke and said “As a means of encouraging regular attendance of children at the school he would offer 5 guineas to be given out as prizes for those boys and girls who attended with the greatest regularity”.

The Rev Howell Howells spoke to contradict a notion that the church was against these schools and said he welcomed it, although hoped that the board would not build more than was needed.

Mr T. Phillips of Abertillery praised the South Wales Colliery Company for the generosity in only charging £50 for the whole site when the prices were quoted at £1,000 per acre from other companies at the time. Mr J. Thomas and Dr Soper responded and following a speech from Col Heyworth the party dispersed to view the schools.

The party then left and walked to the Clyn Mawr Hotel for lunch where Mr Edmund Morgan took the chair. Toasts were given to the South Wales Colliery Co, the people of the valley, the coal iron and general trade of the district, the Aberystruth School Board and the Guardians of the Bedwelty Union.

Description of the Building.
A descriptive account of the building – The style of the buildings were Gothic, they were faced with local stone and erected in snail creepwork, with Bath stone dressings. The schoolrooms were well constructed and there was an extensive playground. The back retaining wall was a considerable height and held back with a series of four large buttresses. Situated on a breezy height on the Abertillery Road between Cwmtillery and Blaenau Gwent the schools presented a picturesque appearance.

The final cost of the scheme was £3,600 which included the contract (£3,250). Extras (£50). The architects commission and legal expenses (£250) and the cost of the site. The amount was borrowed from the Public Works Loan Commissioners and was repayable in 50 equal annual instalments of £170 per annum.

The school was built from local stone, this stone was from the quarry situated behind the school which was originally opened in 1874 for the stone with which the South Wales Colliery Co used to build the Blaenau Gwent Rows, under the direction of Col L. Heyworth.

The First Teaching Staff.
The first staff at the Cwmtillery Board Schools were – Mr Edward Jones of Clydach, was headmaster; Miss Ramsey was the girls mistress and Miss Russell was the infants mistress:

The Buttresses.
The buttresses holding back the retaining wall were very often climbed by the pupils which was an offence at the time and you could be severely dealt with if caught.

Prior the the second world war, air-raid shelters were erected in the grounds of the school, red brick buildings with solid concrete roofs. A corrugated shed was also built along the front of the school play ground to house the canteen and dinning areas.

The Cwmtillery School closed in the latter half of the 1990’s and the children, along with the pupils from the Crown Infants School were transferred to the new Millennium School at Rose Heyworth.

The Later Years.
In the 1990’s the Cwmtillery Cock n Chick School closed. The school building was later demolished and private houses were built on the site. 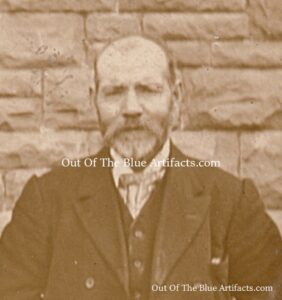 Notes of Interest – Mr John Davies 1844 – 1923.
Worth mentioning is Mr John Davies 28 Victoria Street, Blaenau Gwent, one of the most well known inhabitants of the area. Mr Davies (as seen left) was the eldest son of Mr Joshua Davies, a tailor from Blaenau Gwent. As a young man he worked underground and later became a colliery overman at the Cwmtillery Collieries.

On January 18th 1868 he married Miss Anna Crowder from Newport. He later became a contractor under the South Wales Colliery Company, in his capacity as a contractor he excavated the ground for the Cock n Chick School, Cwmtillery, to be built. Afterwards he went to work at the Rose Heyworth Colliery.

In 1904 he became the area’s schools attendance officer, was also a member of the first Technical Instruction Committee. In later life he was the senior deacon of Blaenau Gwent Baptist Church and was also the president of the Abertillery Sunday School Union.

At his time of death in 1923 his wife Anna and his four children survived him – His children – Mr John W. Davies who worked as an official under the Ebbw Vale Co; Mr Fred M. Davies; Mr T. H. Davies an overman at the Rose Heyworth Colliery and Miss Esther Jane Davies a teacher at the Blaenau Gwent Infants School: