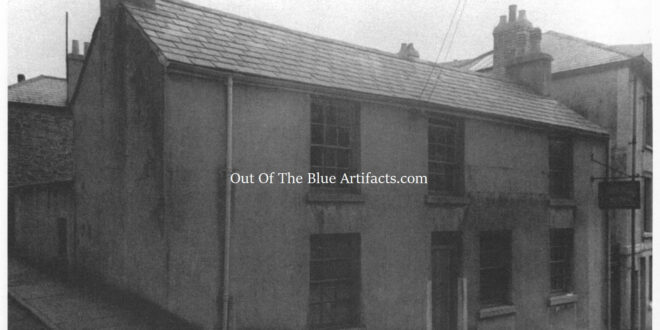 Webb’s Brewers Aberbeeg.
In the Licensing Archives of 1875 shows the Colliers Arms, Abertillery was owned by Mr William Webb, Brewer of Aberbeeg.

Mr Hancock.
In 1875 Mr Hancock was licensee at the Colliers Arms, Abertillery.

The Death of Mr Joseph Evans.
In 1885 Mr Joseph Evans died at just 54 years of age. His wife Annie Evans took over the license of the Colliers Arms, Abertillery.

In 1931 Mr Lyddon relinquished the licensing trade and worked for the Abertillery and District Water Board though at the time of the second world war he worked in the offices of the Arrael Griffin Colliery and for a twelve month was a member of the Home Guard, the then Local Defence Volunteers.

Mr Richard Purchase.
In 1931 Mr Richard Arthur Purchase became landlord and he and his wife Mrs Mary Purchase who also acted as his agent were licensees at the Colliers Arms, Abertillery.

The Abertillery and District Dart League.
In the 1950’s the Colliers Arms featured in the Abertillery and District Darts League. The Colliers Arms were one of many teams in the two division dart league. The teams that featured were as follows – Division 1 – The Crown Inn “A”, The Colliers Arms, Aberbeeg Club, The Fountain Inn, The Hanbury Hotel “A”, The Cwm Hotel, Abertillery. The Lion Hotel, The Castle Hotel The Prince of Wales, The Coach and Horses, The Bell Hotel “B”, Somerset Hotel “A”, The Six Bells Hotel and The Mount Pleasant. Division 2 – The Clyn Mawr Hotel, Ralphs Club, The Hanbury Hotel “B”, The Bell Hotel “A”, The South Wales Inn, The Arrael Griffin Club, The Six Bells Club, The Royal Exchange, The Globe Hotel, The Railway Hotel, The Somerset Hotel “B”, The Crown Inn, Blaenau Gwent “B” and the Rolling Mill, Abertillery.

The Death of Mr Richard Purchase.
Mr Richard Arthur Purchase died April 1961 aged 69, he was a native of Blaenavon and lived at Abertillery most of his life, he had been landlord of the Colliers Arms for 30 years. Upon the death of Mr Purchase his widow Mrs Mary Purchase became landlady in her own right.

The Later Years.
Bateman’s Supermarket.
In October 1966 the Welsh grocers Batemans Supermarket announced they were to open a store on the site of the old Colliers Arms, High Street, Abertillery. The pub was later demolished and the site taken over by Bateman’s Supermarket, among others, later Superdrug and more recently the furnishers Comfort Zone.