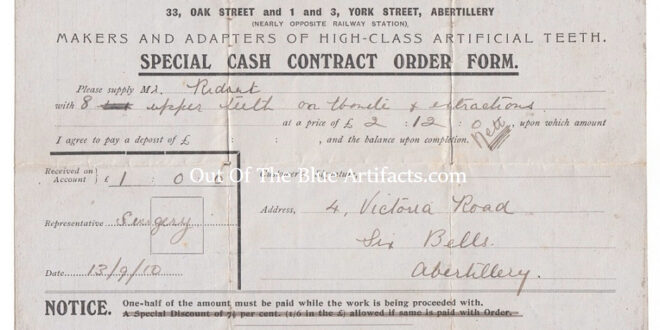 This is a large double sided card with the previous appointments, dates etc printed on the reverse.

In March 1920 the Dental Institute at Oak Street moved to No.21 Oak Street, Abertillery. It was a Limited Company under the control of Mr George E. Wessendorf and had opened branches at Bethcar Street, Ebbw Vale and at No.5 Marine Street, Cwm, Ebbw Vale.