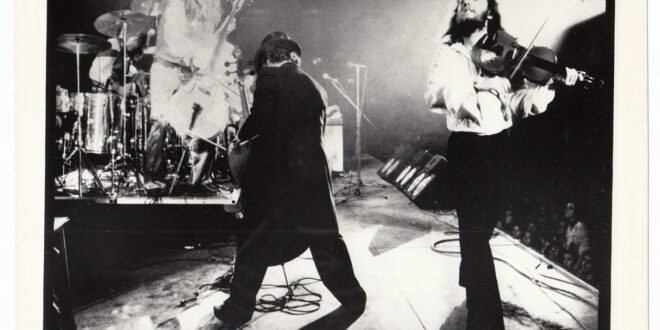 Not long after this image was taken, cellist Michael Edwards left the band in January 1975 and was replaced by Melvyn Gale.