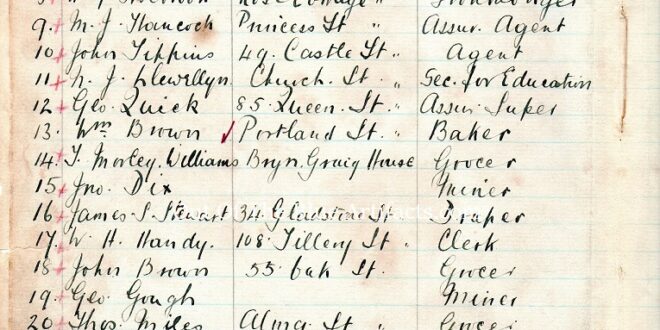 Wherever there is a question mark placed within the list, it means the original text is unreadable.