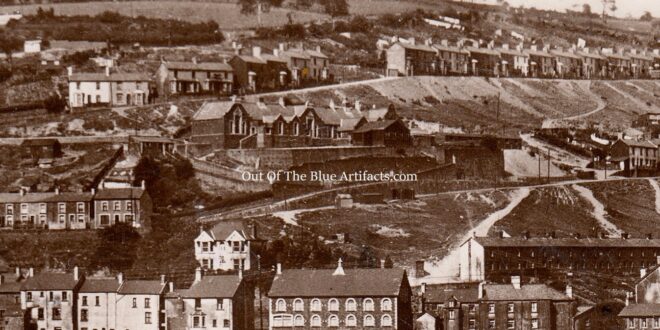 Tenders were invited for its construction in July 1893, though many problems were encountered in connection with the tenders that in September of that year planning was put on hold and it was stated that the education authority was to wait five months before inviting new tenders.

In February 1894 the school project recommenced and tenders were once again invited. Plans were available to be seen at the offices of the architects Alfred Swash M.S.A., and John Bain A.R.I.B.A. of 3 Friars Chambers, Newport, Monmouthshire. To be sent into Mr C. W. Carpenter, the clerk of the Llanhilleth School Board.

Description of the Building.
The school was built in a style with the various rooms running off a corridor, each are fitted with up with every modern requisite for proper teaching. The cost of construction was £2,800 and it was capable of accommodating 220 children. There was not much information on the description of the school building other than the fact that the school, when built was full, plans for an additional wing had been prepared for an extra 120 children, this was owing to the rapid growth in population.

The Infants School.
In March 1896 tenders were invited for the construction of an infant’s school and the post of headmistress was advertised. The school would be capable of accommodating 184 children. Architects Messrs Swash and Bain of Newport.