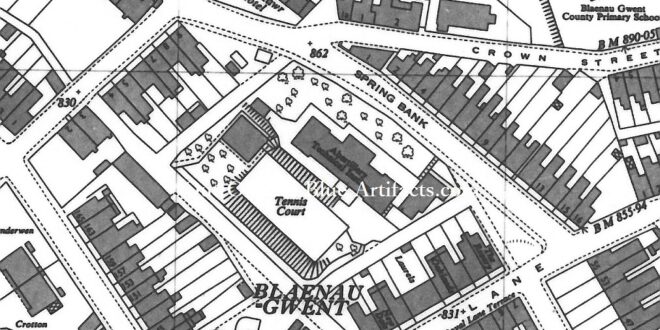 The Technical Annex School.
The need for a local technical school at Abertillery came up in an educational meeting as early as May 1928, up until this date the mechanical, engineering, civil, motor engineering and mining part of education was all based in Crumlin or Pontllanfraith.

The Proposal of the Technical Mining School at Abertillery.
On Tuesday 15th May 1928 a meeting of the Abertillery Trades and Labour Council was held at Abertillery with Mr Arthur Powell presiding. The officers who attended were as follows – Mr Bert Moore (Secretary); Mr J. Kingston (Treasurer) and Mr Len Hill (Assistant Secretary): At this meeting Councillor H. V. Phinnemore stated that the proposed new mining school at Abertillery was to be built at Clyn Mawr on land purchased at £300 from the Ebbw Vale Company via the Messrs J. Lancaster Co. The total cost was estimated at £5,500 and they hoped that it would also be used as a day school.

In September 1928 it was announced that the building of a technical school was to go ahead, planning was to be applied for and the site at Spring Bank, Clynmawr, Abertillery was secured.

The Official Opening.
On Wednesday 16th April 1930 the Technical School, Spring Bank, Abertillery was completed. Its official name was The Abertillery Technical Institute and Mining School. It was officially opened by Alderman Levi Harris J.P. chairman of the Sites and Buildings Committee of the Monmouthshire County Council.

Description of the Building.
Situated on a commanding view at Spring Bank, Clynmawr, Blaenau Gwent, the new building was erected at a cost of £5,500 with the assistance of financial aid from the Miners Welfare Scheme.

It comprised of a chemist laboratory, drawing room, physics laboratory, lecture rooms. developing room, store room, masters room, cloak room etc. In the basement were the metal working room, smithy and workshops, boiler room and stores. The grounds were fenced off with pathways and shrubberies.

The Contractor and Architect.
The contractors were Messrs Weaver and Co, Abertillery. The architect was Mr John Bain F.R.I.B.A. clerk of the works was Mr D. W. Price.

The Educational Committee advertised for lecturer’s for the new Technical and Mining Institute at Abertillery. The following gentlemen applied for the post – Mr T. Elkins of Aberbeeg; Mr B. I. Evans of Rhymney and Mr W. J. Robins B.Sc. of Sirhowy: The sub-committee recommend that Mr W. J. Robins B.Sc. be appointed lecturer-in charge of the Technical and Mining Institute, his appointment was full time and he was required to teach day and evening classes as directed and would be responsible for the supervision and general organisation of the institute.

To this day nothing has ever been built on either the old grammar school or the technical school annex site.