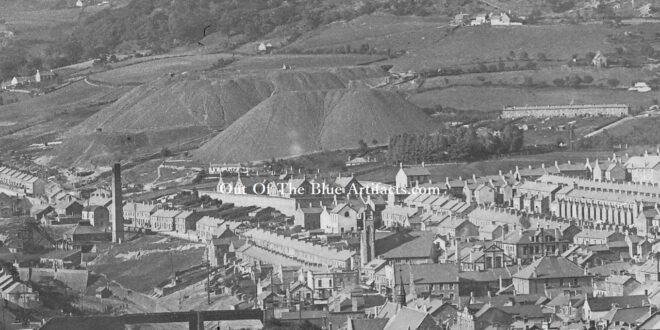 The Tillery Valley Coal Levels.
In this small area in Abertillery there were quite a few coal levels – Pullingers, Tillery, Olwen, Greenmeadow and the Coronation, later renamed the Wellington Coal Level.

The Tillery Levels were worked in connection with the Penybont Tillery Colliery and was owned by Messrs T. P. & D. Price. The large waste tips can be seen on the image.

Duffryn Level.
The Duffryn Coal Level was a small level in the Duffryn area. It didn’t appear on any lists until 1923 when it was owned by the Duffryn House Coal Colliery Co. Address – 21 Darren Road, Abertillery. They were not listed in 1938. 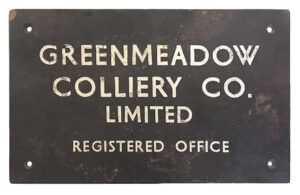 In 1896 they were still owned by the same company and were employing fourteen men below ground and four men above ground.

Pullingers Level.
The Pullingers Coal Level there is no information listed on this level, it was featured on the old maps but may have opened and closed in between the listings being compiled or taken over and worked by the Abertillery Collieries Company.

The coal taken from these levels were dropped down the same tramway into the Penybont Tillery Colliery for transportation. The waste was just dumped in the valley close to these levels, the tips were later moved and used to fill in the Cwmtillery Valley during the Land Fill and Reclamation Scheme of the early 1970’s, at which time was the biggest project of its kind in Europe. Later the housing estate of Valley View was built on the land that the tips once occupied.

Points of interest – The image shows the original Foundry Bridge (bottom) constructed by Mr Thomas Gaen who later built and named Gaen Street, Blaenau Gwent along with many other houses in the area. The Gray Colliery (middle left) with Tillery Street originally named Wesleyan Road. The two huge tips from the Greenmeadow and Pullingers Levels dominating the image. The new Wesleyan Church and the Trinity Church. Far right are the cottages of Duffryn Row and at the top Greenmeadow Farm can be seen.