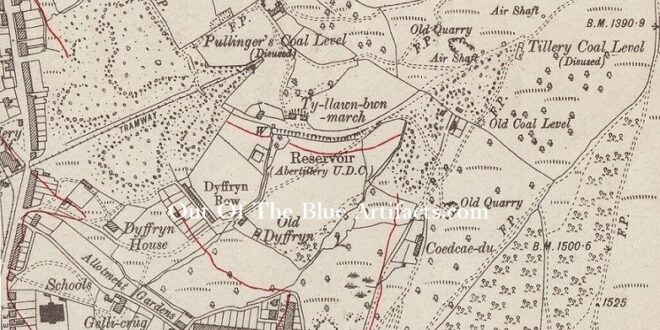 The Tillery Valley Coal Levels.
In this small area in Abertillery there were quite a few coal levels – Pullingers, Tillery, Olwen, Greenmeadow and The Coronation later renamed the Wellington Coal Level. The Tillery Levels were in connection with the Penybont Tillery Colliery and was owned by Messrs T. P. & D. Price.

The map is a much later map though the levels are still shown. The tram lines from the levels came down the mountain and into the Penybont Tillery Colliery as seen on the map.