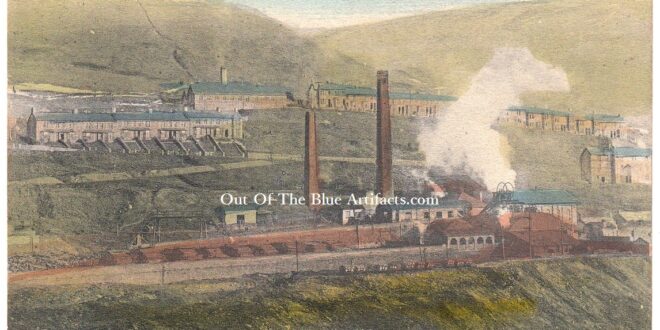 The Vivian Colliery – A Brief History

The Vivian Colliery a Brief History.

The Cutting of the Sod Ceremony.
On Tuesday 19th February 1889 the ceremony of “Cutting the Sod” took place at both collieries. At 10.00am a special train with several spacious saloon carriages was laid on for the dignitaries which travelled from Cardiff to Newport and then shunted through Newport up the western valley to Abertillery Railway Station, they then made their way and gathered at the site of the proposed Gray Colliery. The group chosen to cut the sod of the new collieries were led by Mr John Hacquoil the Cardiff agent for Powell’s Tillery Co on behalf of Mr T. W. Powell who regretted not being there as he was in Australia, also present were Mr Dawson the company manager and Mr E. C. P. Hull a director of the company who accompanied the ladies in the party.

The Placing of the Gold Nuggets.
A brief address was given by Mr Dawson and the honour of cutting the first sod was given to Miss Hacquoil, Mr Hacquoil, Miss Alice Hacquoil, Miss Dawson, Mr Dawson and Mr Hull cut the others on that site. The group later submitted themselves and posed for many photographs. They then proceeded to the Vivian Colliery were the same procedure went through and the cutting of that sod on the marked out area was given to the ladies again. Afterwards the Rev Mr Walters added a few words of congratulations and formally named the two collieries the “Vivian and the Gray”….. During the cutting of the sod pieces of gold was placed in the holes from were the sod came out, this was done as a gift to the pit sinkers and crews.

The Sinking Contractors.
The sinking of the collieries were in the capable hands of Mr F. Coulson (Durham) and the Head Sinker Mr Joseph Briggs.

The party went back into town to the Tillery Reading Rooms for lunch, then all made their way back to Cardiff.

The Water Inrush.
In November 1889 the Vivian Colliery sinking was put on standstill through the influx of water. The sinkers were to widen the shaft that had already been sunk to aid the pumping of water from the shaft. The sinking teams had previously been put to work at the Penybont Colliery as the management wanted to keep the sinking teams together.

The Vivian Colliery Sinking Tragedy of 1890.
On Monday 7th December 1890 three pit sinkers were killed whilst engaged in the sinking of the Vivian Colliery. As mentioned the firing was conducted by means of an electric blasting machine, the cartridges being ignited by the electric battery from the surface. At half past five on the morning of the accident nine sumping holes were fired by the charge men. The day gang went down half an hour later and proceeded to clear away the debris, this clearing went on until one o’clock in the afternoon when for no apparent reason a terrific explosion occurred. The inquiry stated that one cartridge may have not fired in the initial blasting and exploded later when the workmen accidentally hit it with their tools.

On May 16th 1891 the Vivian and Gray Colliery sinkers held a testimonial in the Railway Inn, Abertillery for Mr John Burgess the organiser for the fund for the widows and children of the sinkers who had lost their lives in the tragedy of December 1890 during the sinking of the Vivian Pit. The sinkers who presented the gift to Mr John Burgess were – Mr Joseph Briggs (Head Sinker); Mr Johnson Briggs; Mr Thomas Carney; Mr Matthew Clarke and James Powell:

Mr Albert Edwin Holbrook.
Mr Albert Edwin Holbrook was from Somerset, in his youth became an engineer and was engaged on the building of the Severn Railway Bridge in the 1870’s which he did all his work from a diving-bell. He later worked on erecting Cleopatra’s Needle on the Thames Embankment. At one time a pleasure steamer sank on the River Thames and he was the diver employed on the salvage work.

He then went on to work on driving the Severn Tunnel in the late 1870’s – 1880’s. In later years he showed great knowledge in the South Wales Coalfield and became one of the top pit contractors in the Western Valley’s. He lived in Cromwell Street, Abertillery was engaged in sinking operations in many of the pits, he deepened the Rose Heyworth Colliery to the deeper seams and drove the connection from the Gray to the Vivian Colliery for ventilation purposes.

Mr Albert Edwin Holbrook was a founding member – number 57 of the Liberal and Labour Club, Abertillery.

(More names and information to come).

The Later Years.
After the sinking of the Vivian Colliery began in 1889 the first coal was wound in the early 1890’s. 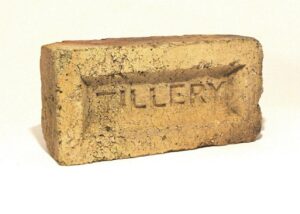 In 1891 the Powell’s Tillery Colliery Company who owned the Vivian, Gray and the Penybont Collieries at Abertillery opened their own brickworks in the grounds of the Vivian Colliery close to the Castle Street, Vivian Street junction.

They produced their bricks from clay from the colliery. There were two different coloured bricks in production, a buff and also a dark red coloured version. Bricks from this works were used in the construction of the original Powell’s Tillery Institute on Division Street, Abertillery.

Through the early part of the 1900’s the colliery was owned by the Powell’s Company along with the Gray and Penybont Collieries. A drivage was driven from the Vivian Colliery to the Gray then onto the Penybont Tillery Colliery for ventilation purposes and the Gray Colliery became the up-cast shaft for the three pits.

The Powell’s Tillery Steam Coal Company had a share capital of £144,006 and a debenture issue of £65,200. The collieries output was about 900,000 tons annually, total value was over half a million sterling.
The Powell’s Tillery Co, Directors – Col H. A. Powell; Messrs E. Heseltine; William Newall; W. J. Roch; and William Stewart (Managing Director); would retire. The Ebbw Vale Co were to take over the management.

The New Ventilation Fan.
In 1923 a new fan was installed at the Gray Colliery to improve the ventilation.

The New Ventilation Drift.
In August 1929 a new drift was driven from the Gray Colliery to aid in ventilation.

The 1931 Stoppage.
In 1931 the Vivian Colliery stopped producing coal and remained idle for six years.

New Manager.
When the Vivian Colliery re-opened in June 1937 after six years closure Mr David McLeod Carey M.E., became manager at the collier. Mr Carey was the son of Captain McLeod Carey the Chief Inspector of Mines for South Wales and Monmouthshire.

In February 1938 Mr Arthur Hale of Newbridge formerly an official at Six Bells took over as manager.

The miners had previously approached the National Coal Board and British Railways to carry out repairs though both had stated that the road in question was not their property. Until the pithead baths had been built only a handful of people had ever used the road, though since its construction in 1953 between three to four-hundred men walked its route to bathe at the Arrael Griffin every day and night. The council said it was not their responsibility as the land and road was privately owned though stated that they would help and would arrange a meeting between the vice-chairman of the Abertillery Council, the chairman and vice-chairman of the Roads and Bridges Committee and the Six Bells ward members should be councils representatives at a meeting to be arranged between the N.C.B. and the owner of the said property.

Those present at the ceremony were – Mr G. H. Simpson M.B.E. (Agent for the Group); Mr Bryn Jenkins (Miners Agent and Councillor and Mr W. H. Hillman J.P., (Chairman of the Abertillery Council) who himself had given fifty-seven years service to the mining industry:

The proceedings were opened by Mr T. H. Wallace Manager of the Vivian Colliery who paid tribute to the miners present. Special attention was drawn to three of the veterans who between them had a total of 187 years service to the industry and were still working at the Vivian Colliery during the time of the presentations. They were – Mr W. E. Harris, who had spent 64 years in the industry; Mr Tom Hopkins, who had worked over 62 years at the Vivian Colliery alone and Mr Gwilym Ace, (Chairman of the Vivian Lodge) with 61 service to his credit. One of the veterans who was unable to attend was Mr Fred Talbot, aged seventy-two and had 60 years service behind him. Mr Talbot started work underground at the Penybont Colliery aged twelve as a door-boy.

Throughout its fairly short history the Vivian Colliery, Abertillery was closed and re-opened on many occasions, partly due to lack of trade, disputes and other difficulties. The colliery stopped producing coal sometime in the mid to late 1950’s.

In August 1967 the council flattened the Vivian waste tip locally known as the “Hogs Back” and planned to demolish the old pit grounds with the intention of building a children’s playground and an indoor swimming pool.

In March 2019 the old sports centre on the Vivian Colliery site was demolished.