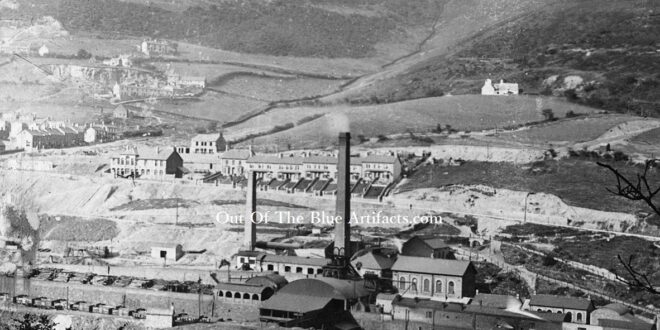 The Vivian Colliery – List of Fatalities.
This list of deaths at the Vivian Colliery, Abertillery covers most of those reported in National and Local Newspapers and Ancestry files. This page is fluid will be updated as more information is received. Entries with an asterisk* after the date signify that the name and date was taken from Ancestry and cannot be verified with a newspaper report.

1890.
Sinking Incident Fatalities – December 1890.
Mr George Bannister, aged 30. Died – Monday 8th December 1890. Cause of death – Sinking accident, the men bored and fired the holes though one of the shots failed without their knowledge. During the clearing process the shot was struck by one of the sinkers and went off causing the death of the three men, Mr Rees, Mr Millard and Mr Bannister. Mr Bannister lived at Bridge Street, Abertillery.

1896.
Mr Charles Carter, aged 40. Died – Wednesday 1st January 1896. Cause of death – Mr Carter suffered a fatal heart attack while at work. It was stated in the South Wales Daily Newspaper that during the inquiry on Saturday 4th January 1896 the jury handed their fees to the widow Mr Carter and she also received a donation of 50s shillings from Mr Stewart the head manager of the Powell’s Tillery Company.

1904.
Master Daniel Evans, aged 14. Died – 18th March 1904. Cause of death – Fall. Master Evans was severely injured in a fall on Thursday 17th March 1904 and died from his injuries the following day on Friday 18th March 1904. Young Daniel lived with his parents at Glandwr Street, Abertillery. At the inquest his father stated his son was 14 years old and had been working at the colliery the past 18 months.

1905.
Mr David Smith, aged 53. Died – Monday 19th June 1905. Cause of death – Mr Smith was a pumpsman and had descended the pit to attend to a pump on a landing halfway down the shaft, whilst attempting to step back onto the cage he missed his footing and fell to pit-bottom. Mr Smith lived at Newall Street, Abertillery.

Mr Samuel Snelling, aged 33. Died – Monday 18th September 1905. Cause of death – Suffocation. Mr Snelling was a surface haulier and during his shift while taking waste to the tip he collapsed and died, the Vivian Colliery had been on fire for many years and Mr Snelling seemed to have been overcome by the smoke. Mr Snelling lived at 80 Glandwr Street, Abertillery.

1906.
Master Rees Dark, aged 13. Died – Wednesday 30th May 1906. Cause of death – Fall. The inquiry heard that up until the previous Monday Master Rees Dark had been working at the colliery with his father though his father had left to work at Pontymister and his son was taken on by another collier. Their shift was over and Rees sat down to wait for his partner as the fall occurred, crushing the boy. His parents were given £31. 4s. 0d. in full compensation from the Powell’s Tillery Company, equivalent to £3,828.53p in today’s money.

Mr William Owen, aged 39. Died – Wednesday 1st August 1906. Cause of death – Mr Owen was killed in a fall of roof along with Mr William Clothier.

Mr Albert Jones, aged 37. Died – Tuesday 5th May 1914. Cause of death – Mr Jones was a haulier and while walking in with his horse and dram was caught under a fall, his horse was also killed in the fall. Mr Jones lived at Edward Street, Abertillery.

Another tragic story was reported in connection with this death at the colliery. Mr Tom Evans M.E., manager of the Tillery Collieries combine was called out that morning to investigate the death of Mr Joseph Charles Rake at the colliery, he was later informed of the death of his father Mr Evans aged 75 who was living in the Rhondda Valley, Glamorgan. After hearing the sad news Mr Evans returned home to Gelli Crug House, Abertillery and collapsed in his driveway and died from a heart attack, the same day his wife Mrs Tom Evans received a telegram to say her son Sec-Lieut R. T. Evans, aged 21 of the Royal Welsh Fusiliers had been killed in action in France. On that day, Tuesday 4th September 1917 Mrs Evans lost her husband, father-in-law and heard news of the death of her son.

Closure of the Colliery.
The Vivian Colliery was closed in 1921 and resumed production in 1929.

1943.
Mr Thomas Williams, aged 71. Died – Friday 29th January 1942. Cause of death – Mr Williams was found dead under a dram. It was stated that Mr Williams had worked below ground for 47 years and had been an official for 36 years. Mr Williams lived at 34 Duke Street, Abertillery.