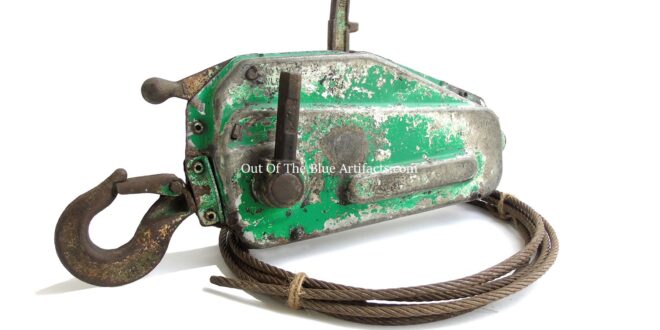 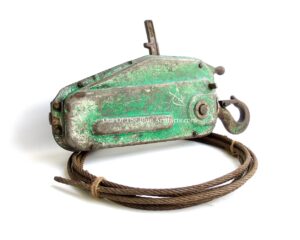 Tirfor Pullers.
Made from tin and iron. Size 22″x 8″x 2″ inches. The rope is made of steel and is 18′ feet long, though came in many various lengths.

The unit was anchored by the attached hook, the steel wire with another hook attached goes through the body of the machine and is gripped by two sets of claws that open and close while the handle is moved from back to front. The short handle is operated by a detachable hollow tube. The pulling motion was very slow but safe.

These multi-use pullers originally designed in the 1940’s later replaced the Sylvester type pullers that was used underground in the coalmines. The old ratchet type pullers such as the Sylvester’s and Bradney makes with the box and sword were deemed dangerous and the Tirfor designed pullers were adopted in many collieries.