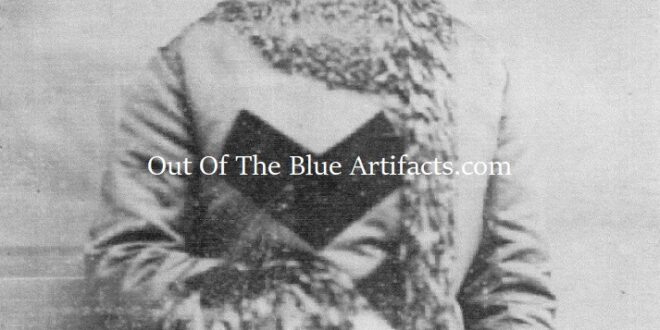 Mrs Rosina (Rose) Heyworth – The Lady Behind the Name 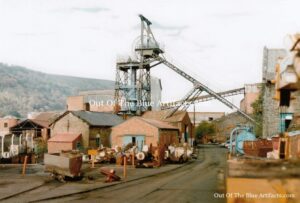 Mrs Rosina (Rose) Heyworth – The Lady Behind the Name.
The Rose Heyworth Colliery was sunk in 1874 under the directorship of Mr Lawrence Heyworth managing director of the South Wales Colliery Company.

The company already owned Cwmtillery (the South Wales Colliery) and the first coal raised at Rose Heyworth was in about 1876-77, though may well have been later as it is not mentioned or listed on an official list of collieries producing coal in 1879?

The sinking of Rose Heyworth Colliery was fairly late in the development of the coal mining at Abertillery. Large scale mining in the area had started in 1840-1842 with the sinking of the first deep mine at Tyr Nicholas, Cwmtillery Colliery by Mr Thomas Brown and the development of the Penybont Tillery Colliery in 1848-1850 by Messrs T. P. & D. Price, brothers, merchants from Brecon.

The following is a Link to – The Rose Heyworth Colliery Story. 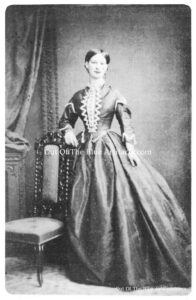 Mrs Rosina Kate Heyworth nee Mortimer.
Miss Rosina Kate Mortimer (as seen in the main featured image and right) was born on 19th August 1844 and baptised just under a month later at the army’s chaplin’s station in Mercara (now, Madikeri), in India, an area some refer to as the Wales of India with its misty hills, lush forests, and breathtaking views. Her father Mr John Basterville Mortimer was a lieutenant in the British Armed Forces and after he died, her mother Susan Mortimer nee Payne married banker and magistrate Mr John Bates in 1855.

In 1861, Miss Rosina (Rose) Kate Mortimer lived with her mother and stepfather at 6 Royal York Crescent in Clifton, and in late 1864 she married Mr Lawrence Heyworth junior who had carved out a career in the army.

By 1871, the couple were living at Risca House in Monmouthshire where Mr Lawrence Heyworth is listed in the census as a J.P. and a captain in the Royal Glamorgan Militia, later ascending to the rank of lieutenant colonel in what became the 3rd Battalion, Royal Welch Regiment. He also became the chairman of the Crumlin Viaduct Works in 1872.

In 1872 Lawrence Heyworth became the chairman of the Crumlin Viaduct Works and was financially involved in the Argentinian Railway Company. Several years earlier he had become chairman of the South Wales Colliery Company, which had been originally established by Mr Crawshay Bailey, Mr Kennard and Mr Thomas Brown Esq in 1864 to purchase the Cwmtillery Colliery – Ty Nicholas from Mr John Russell Esq of Risca. Mr Russell was also involved in the company in some way and his daughter Ellen had married John Selwyn Payne, Rose’s uncle.

The Roseheyworth Colliery Planning and Construction.
In December 1873 Mr Lawrence Heyworth ventured out to develop a colliery in his own name, he entered into negotiations to buy land from the Nantyglo and Blaina Company, from the start of the development he decided to call his new coal mine “Rose Heyworth Colliery” after his wife Rosina Heyworth and in January 1874 he put out tender notices in the “Monmouthshire Merlin” to builders and contractors for walls, sidings and the yard to be built and on the 14th March 1874 he put out tender notices in the “Western Mail” (as seen above) to contractors for the sinking of the “Colliery”. 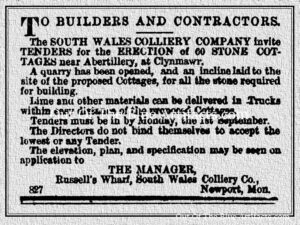 The Clyn Mawr Cottages Blaenau Gwent Rows.
In late 1873 as Capt Lawrence Heyworth began planning his colliery he planned and designed workmen’s cottages for the workforce his new colliery would attract. Capt Heyworth had financial support from the South Wales Colliery Co of which he was director. The South Wales Colliery Company opened a stone quarry behind the Rising Sun Inn on Cock n Chick mountain for building purposes and invited tenders, printed in the “Western Mail” (as seen right) for the construction of 60 stone cottages at Clynmawr.

By 1875 the Clynmawr Cottages, later known as Newtown and Blaenau Gwent Rows (as seen below) were built and completed, with funding from the South Wales Colliery Company. The cottages as stated were designed by Capt Lawrence Heyworth, director of the company. He was also responsible for designing the row of cottages which later became Robert’s Row at Cwmtillery, they were built for the workmen’s families at the company’s Cwmtillery Colliery, at the same time as the Clynmawr Cottage from the same design. 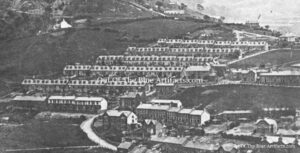 The sinkers for the Rose Heyworth Colliery were housed in specially built wooden houses on the bank close by where the park is today. They were 3 blocks of 4 houses, called Rose Heyworth Cottages though locally known as the Wooden Houses. The new stone cottages designed by Capt Heyworth were called Clyn Mawr Cottages, named after the area Clyn Mawr, a vast area of land (as seen in the image left) owned in the 1840’s by (Mr Thomas Brown Esq, of Blaina & Nantyglo Works and Cwmtillery Colliery) upon which stood the 3 Clyn Mawr Farms, Clyn Mawr Uchaf, Isaf and the middle Ganol farm. The rows of cottages later became known as Newtown and finally Blaenau Gwent Rows, as they are today.

The Death of Mr Lawrence Heyworth.
Mr Lawrence Heyworth passed away on Tuesday 17th February 1903, at Pulestre Court Bournemouth, he left a real and personal estate to the value of £55,625. 7s. 7d. (five and a half million pounds in today’s money). He gave his estate “Whitefields” at Devon to his wife for life and shared the rest between his sons and daughters. Rosina Kate Heyworth retired to their estate in Devon and in 1910 she had a stained glass window installed at the Marwood Parish Church in dedication to her late husband. In August 1916 the family stained glass window was altered to add  “Captain Heyworth Potter Lawrence Heyworth” who had been killed at Gallipoli in August 1915, son of Lawrence and Rosina Heyworth. Following is a Link to – Marwood Church Devon Stained Glass Window 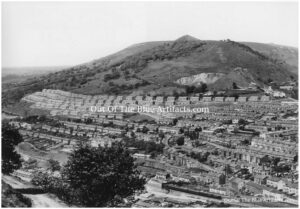 The Heyworth Legacy.
In 1948 a new housing estate (as seen right) was planned, built and named The Rose Heyworth Estate. Most of the houses are built of brick with many of the houses and flats built in the Cornish style. The avenues were named after local and national politicians, hence Attlee Avenue (Clement Attlee, British Prime Minister 1945-50), George Daggar, George Barker and Brace Avenues (after local MPs). Smith Road, after Mr David Smith, colliery under-manager and local councillor. I believe Lawrence Avenue was named after Mrs Susan Lawrence another M.P of the time. The road below the estate leading to the colliery is also named after the lady, Rose Heyworth Road.

The photograph (above) Copyright the Francis Frith Collection.

In the late 1960’s, there was more pressure to house people in the area in new housing and more farmland just to the north of the pit. In 1970, construction of the Arael View estate began, building just under 100 new houses. The bottom housing site was originally planned for double the size though the ground to the north was too boggy and the plans were dropped, the housing site is only half finished. The local grammar school under the comprehensive education reorganisation in 1971 became Rose Heyworth Junior Comprehensive School which it continued to be until the mid-1980’s when it was shut under yet more reorganisation with pupils moving to Abertillery Comprehensive in the Tyleri Valley.

The Closure.
Rose Heyworth Colliery was sadly closed on December 20th 1985 following the previous year long miners strike and defeat by the Margaret Thatcher Conservative administration and officially wound-up on the 1st January 1986. At the time of closure there were about 450 men employed at the colliery above and below ground.

Even though the pit closed, the Rose Heyworth name lives on in the area, e.g. the local primary school was built just south of the old colliery, it is named Rose Heyworth Millennium Primary School. Nowadays, the name Rose Heyworth has become a household name, that of a woman who was born in India in 1844, has given itself to a colliery, a social club, schools and a housing estate as well as that general area of Abertillery but in most minds the origins have been lost in the midst of time.

Notes of Interest – The name of the Colliery, Rose Heyworth was always split i.e. Rose Heyworth as it was named after a person, as in Rosina (Rose) Kate Heyworth, over time as the name became related to a place it was joined, as in Roseheyworth, though I believe the name should be split (Rose Heyworth) as it was originally intended and carried on as such in the memory of the lady who gave her name to the colliery and area.