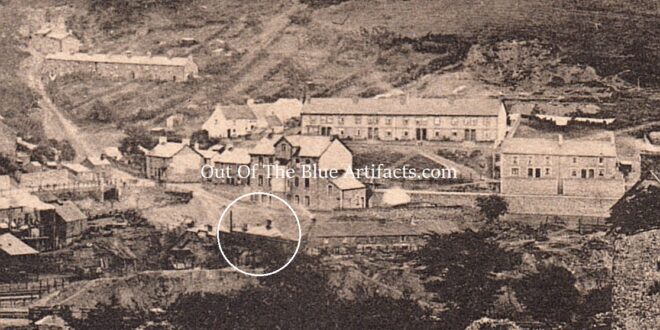 The Old Six Bells Inn.
The old Six Bells Inn (as seen circled on the featured image above) was situated close to the old Black Bridge by the side of the main railway line where Cwm-Llydrew Home is today. I don’t know the date it was originally built or established though a building at that place was on the 1840 land maps, though the inn didn’t seem to appear in reports until the 1850’s.

Link to – The Six Bells Hotel.

Points of Interest – In the image above can be seen the location and roof top of the old Six Bells Inn. The old Inn was situated by the old Black Bridge which spanned the railway lines and took the Hafod Van Colliery and the Durban Coal Level waste across to the other side of the valley to be dumped. This waste ground was later the site where part of the Arael Griffin Colliery was later situated and a section of the waste tip opposite the Coach and Horses Inn created by the Six Bells Colliery just after its completion was excavated to allow the Bethany Church to be built.

The old Six Bells Inn and the new Six Bells Hotel can be seen in this same image.